Nintendo had success with Super Mario Run on mobile devices, a dedicated community for Animal Crossing: Pocket Camp, and have already announced a mobile version of their popular Mario Kart […]

The doctor is in! Mario puts on the white coat once again in the mobile game Dr. Mario World, targeting an early summer 2019 global release. #DrMario https://t.co/DTRBympHj0 pic.twitter.com/RfMZbbs3Mp

The game is expected to release in Summer 2019 in over 60 countries, on iOS and Android operating systems. Dr. Mario’s paced, puzzle gameplay should lend especially well to a touch screen phone.

I like the “World” moniker for the game, harkening back to the classic Super Mario World title for the SNES.

Details offered for the game confirm micro-transactions will be optional. 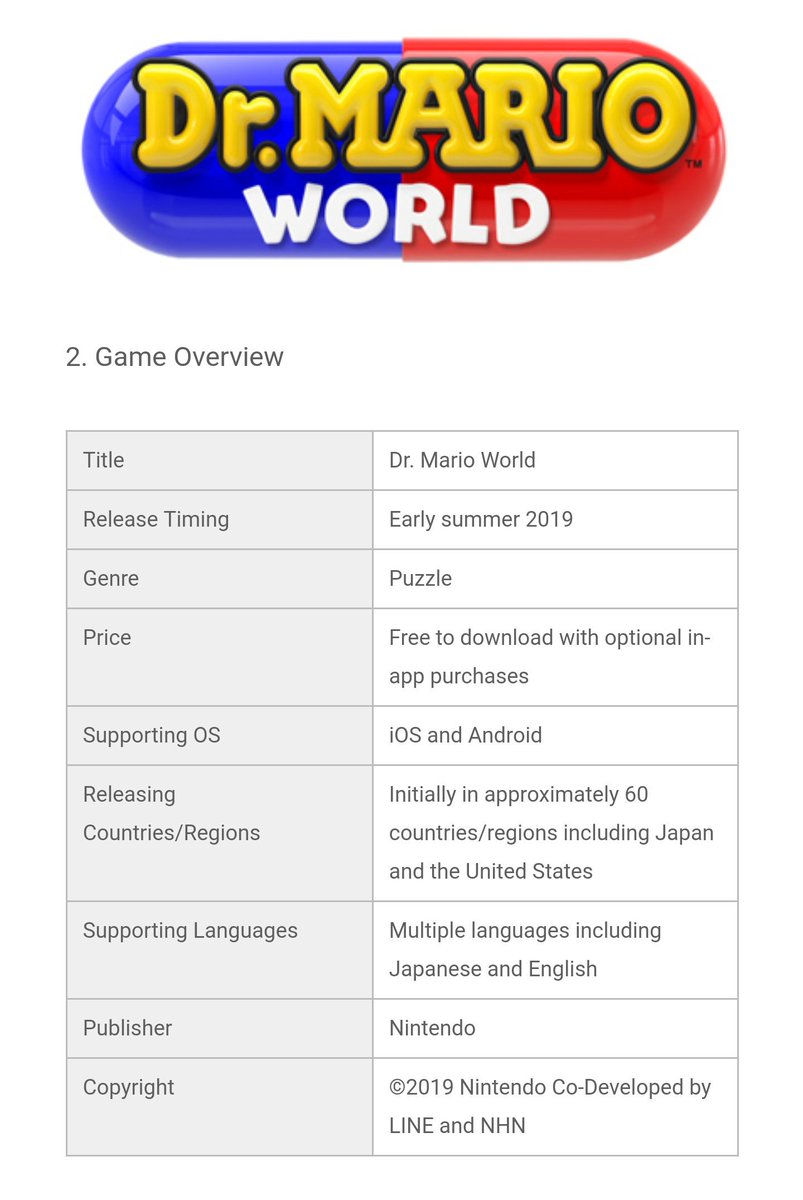 To stay up to date on the latest Nintendo news, follow Nintendo Plaza on Twitter, and for all things Nintendo, Marvel, NFL, NBA, and popular rap music, check out SNES Blogs!